The assignment for this project was to find a way to make a collection of items “work”—that is, to display or put them together in a way that carries a specific meaning that the viewer can understand. I decided that I wanted to use a collection of empty shotgun shells I had found at a flea market to make a statement against gun violence.
At first I planned to do a mural depicting an image of a person who had been shot. Yet I soon realize that, while I did have a large number of shells, they were far too few to cover the space of a mural—and were in only in a few colors. I decided to look for other visual ideas that would convey opposition to gun violence; as I researched the issue online, I saw that backpacks had become one of the items used as a symbol of gun violence. Sometimes one would be part of an impromptu memorial of someone who had died in gunfire. At others it was part of television or movie scenes where students hid behind backpacks. Alongside this, there has been the corporate market jumping in to give something supposed to put people at ease, bulletproof backpacks for your children. Backpacks were part of the imagery I decided on.
I did have enough shells to make a backpack, and so designed one that included “End NRA” in two lines of letters made of dark shells. The coincidence that the vast majority of shells had red casings seemed particularly apt for this subject matter; in fact while I considered using cloth or leather for the straps going over the shoulders, I decided to make those from shells as well. In this way the backpack looked even more hand-made and personal, without any material that would reflect more commonplace mass-produced backpacks.
In addition to the above-mentioned associations with gunfire at schools, backpacks are more generally associated with schoolchildren. I hope that by presenting this collection of gun shells in the form of a backpack, it will powerfully convey the message of the damage that bullets can do—especially when guns are so easily available to nearly anyone who might want one. 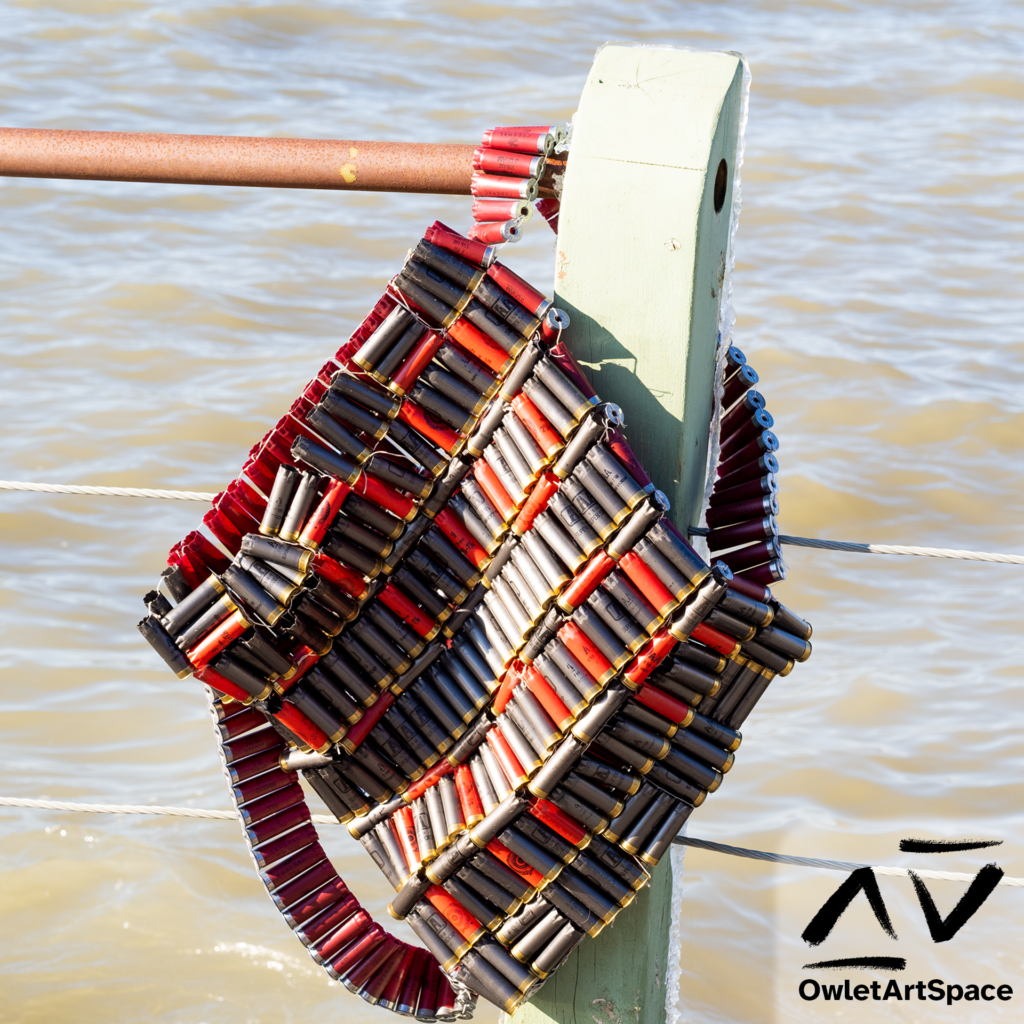 The "Bullet Backpack" piece hanging by one of the bandolier-style straps on a post. It is on a balcony in front of the lake.

The "Bullet Backpack" piece hanging by one of the bandolier-style straps on a post. It is on a balcony in front of the lake. 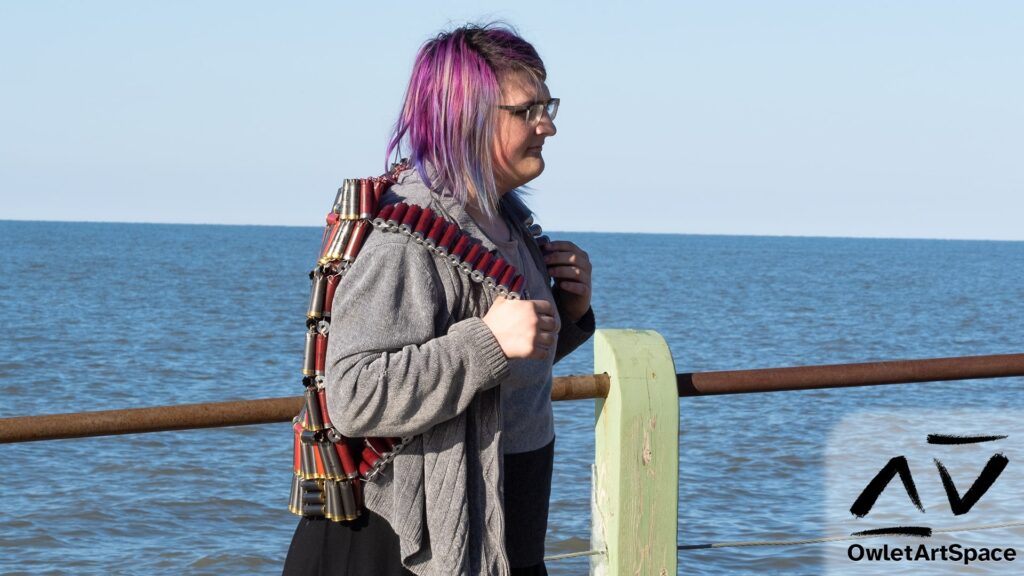 The artist wearing the "Bullet Backpack" piece. The aritist is facing to the right and holding onto the straps and staring off into the distance.
Skip back to main navigation